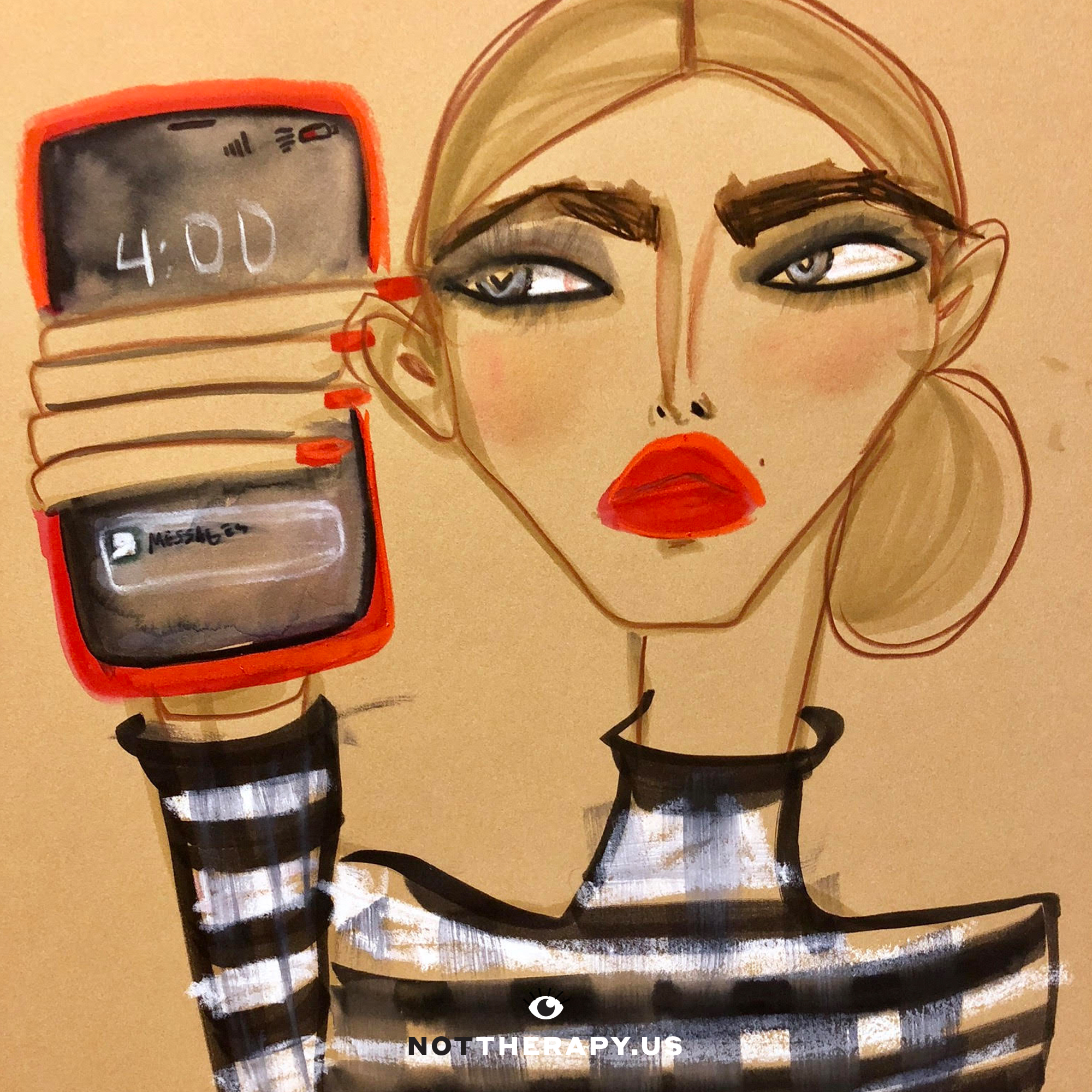 “
Your number of followers and likes doesn't mean shit if you have to compromise yourself to get them.

Social media. The selfie. The snap. The story. The filter. The caption.

The f*cking pressure to live up to the public profile you’ve created that lives in the palm of your hand—and in the palms of the friends and randoms whose opinions matter to you most.

I’ve been privy to what I’ve come to call the post-post panic that many of us experience, when we toss something up on social without knowing how it’ll be received by those we’ve chosen to give so much power to over our self-worth.

If you’re like many of us, once you post it, you wait—for the likes and the comments as you scroll through comparing yourself and your life to that of your best friend, her friends, and even to that random girl who went to camp with that other friend who has 22k followers and lives in Omaha. (What’s so great about her anyway?)

It’s hard to know what the difference is between those who get all the likes and those who don’t.

Regardless, we all seem to correlate this fickle approval with our value as a human being.

While I see tremendous benefits to social media—remember, I’ve lived both ways: with social and without—I also see the downside for those of us who don’t have the life experience necessary to separate ourselves from our social persona.

Because social media infiltrates every aspect of our lives, it’s worth hashing out here.

Your number of followers and likes doesn’t mean shit if you have to compromise yourself to get them.

So, why do we sometimes post things that aren’t really consistent with who we are?

There are a couple of reasons. First, the process—social media is a brain game. Yep, studies show that likes tap into the pleasure center of your brain and the immediate reinforcement that comes with the like makes you want, even need, more likes. Social media is addictive.

Next, there’s the content—research tells us that the parts of our brains that say, “enough is enough” and help inhibit behavior are less active when we see images of people engaging in risk-taking behaviors. So, likes are reinforcing and social media, in general, can compromise our judgement.

The key? Don’t judge yourself and don’t be a puppet to your own dopamine system, a.k.a., doing shit to feel good in the moment that causes anxiety, panic and shame several minutes later.

The good news is that you can use the social media brain game to work for you, rather than against you.

Here’s the deal, as human-beings we long to belong and we are hard-wired to respond to things socially.

We want to be seen but fear being viewed in a critical way. It’s natural. And, believe it or not, research indicates that taking selfies can, in fact, increase confidence levels. However, the boost appears to be more about locus of control (being the subject, photographer and distributor) and an increase in self-efficacy than it is about the image itself.

Let me tell you, impression management didn’t start with the invention of the selfie, but selfies allow us to manage self-presentation on a whole new level.

Social media is a means to connect, be seen and be heard, and have some sense of control over how we do it.

With that said, when the persona we portray on social isn’t consistent with who we are IRL, it poses two problems:

1. Trying to be someone you’re not causes stress.

2. When we’re on the receiving end, scrolling and double-tapping on other peoples’ posts, we can get confused if we’re not armed with THIS: All human beings have both a public self and a private self. The version of you that shows up on social media is the public self. That’s an important distinction to make, because the negative effects of social media are a result of us assuming that because Omaha Girl posts a pic from a private setting, wearing sweatpants and a tank top, that she’s distributing her private self for the all of us to see. That’s still her public self. It’s her public self’s version of unwinding—and notice, it looks just a little bit staged (ankles crossed, knee popped). Bullshit. She might as well be wearing an evening gown and a bright red lip. Meanwhile, you’re alone in your room unknowingly comparing your private self to her public self—a disastrous spiral of self-hatred waiting to happen.

Here’s what to do:

Of course, you can document your journey with several selfies, but it’s important to be aware that this journey is on you, for you—not about you, for your followers.

Use the reinforcement to get you where you want to be!

Now that you know that the reward center of your brain is triggered with the likes, only post pics of you doing things that lead to you being all you can be.

Instead of posting pics that capture your great hair day, post selfies of you making a difference. Get outside yourself and do things in your community to make your world a better place.

Remember, giving back is an integral part of your personal growth and development, and the bonus is that you’re changing the world one step at a time. Post that!

Keep in mind that social media captures the public self. So don’t be surprised that everyone appears glamorous and happy as hell.

You act as if there are only several pieces of happy pie and since she apparently has one, there’s none left for you. Her glamour, her mood, has nothing to do with you.

If the negative thought voice in your head has you comparing your life to hers, tell it to shut up and move on!

Self-worth: Another term for self-esteem (confidence in our own value).

#InOtherWords: Knowing you have value and that your presence matters.

Correlate: To have a mutual relationship or connection, in which one thing affects or depends on another.

#InOtherWords: Two things are related in that when one increases, so does the other. Or, when one goes up, the other goes down. E.g., Sun exposure goes up, the risk of skin cancer does, too. Or, nights spent drinking in college go up, grades go down.

Persona: A term coined by Swiss Psychiatrist Carl Jung for the personality that an individual projects to others, as differentiated from the authentic self.

#InOtherWords: The version of us we want others to see, the mask.

Private self: One aspect of a person’s self-concept. How one views oneself, thoughts, feelings, emotions.

#InOtherWords: Who you are when you’re alone, your authentic self.

Locus of Control (LOC): The degree to which people believe that they have control over the outcome of events in their lives, as opposed to external forces beyond their control.

Self-efficacy: One’s belief in one’s ability to succeed in specific situations or accomplish a task.

#InOtherWords: “I got this.”

Dopamine System: Regulates incentive salience (i.e., motivation and desire) for rewarding stimuli and facilitates reinforcement and reward-related motor function learning; it may also play a role in the subjective perception of pleasure.

#InOtherWords: The part of our brain that’s at work when we feel good.

Content: Something that is to be expressed through a medium like speech, writing or other various arts.

#InOtherWords: The words used in the process.

Process: A series of actions or steps taken in order to achieve a particular end.

#InOtherWords: The act of doing IT.

Inhibit: To hinder, restrain or prevent an action or process.

#InOtherWords: Keep IT from happening.

Friends, Self worth, social media 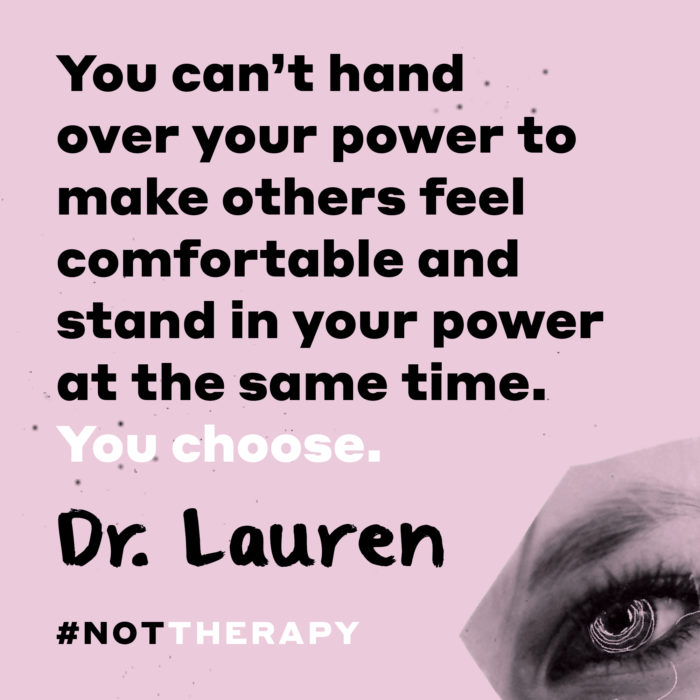 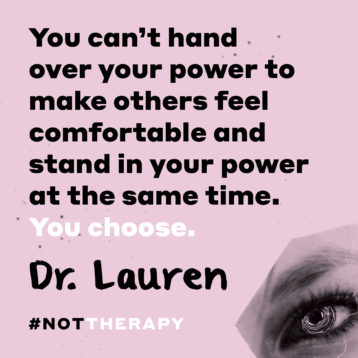 You choose what happens next. 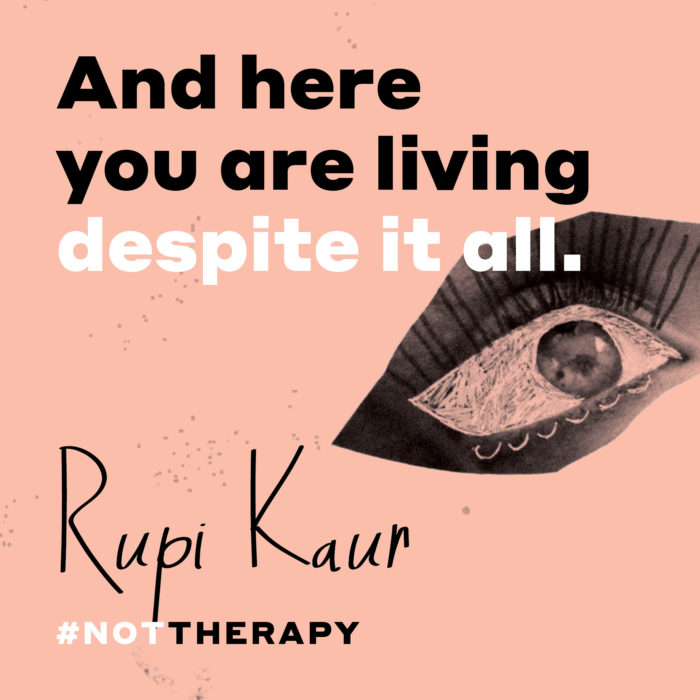 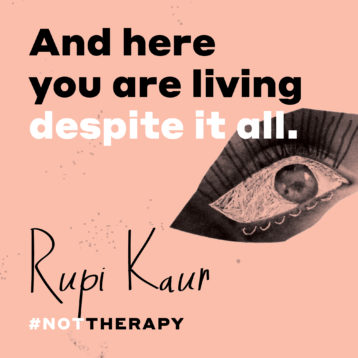 QOTD: You are the Big Stuff 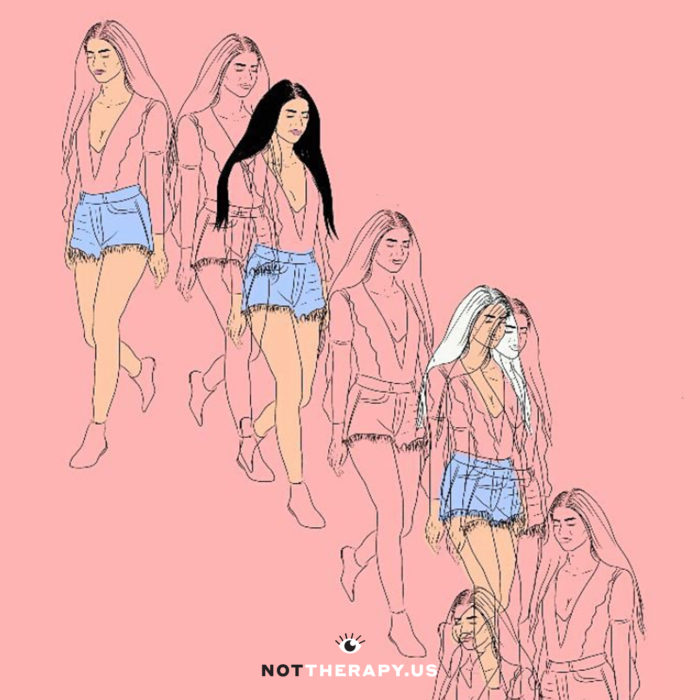 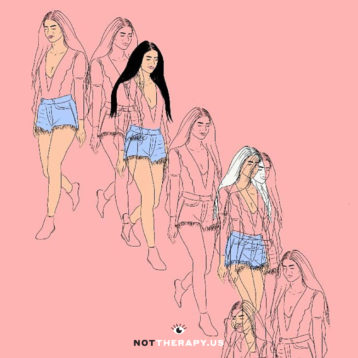 WITAF: What In the Actual Fake

The Imposter Syndrome is legit.