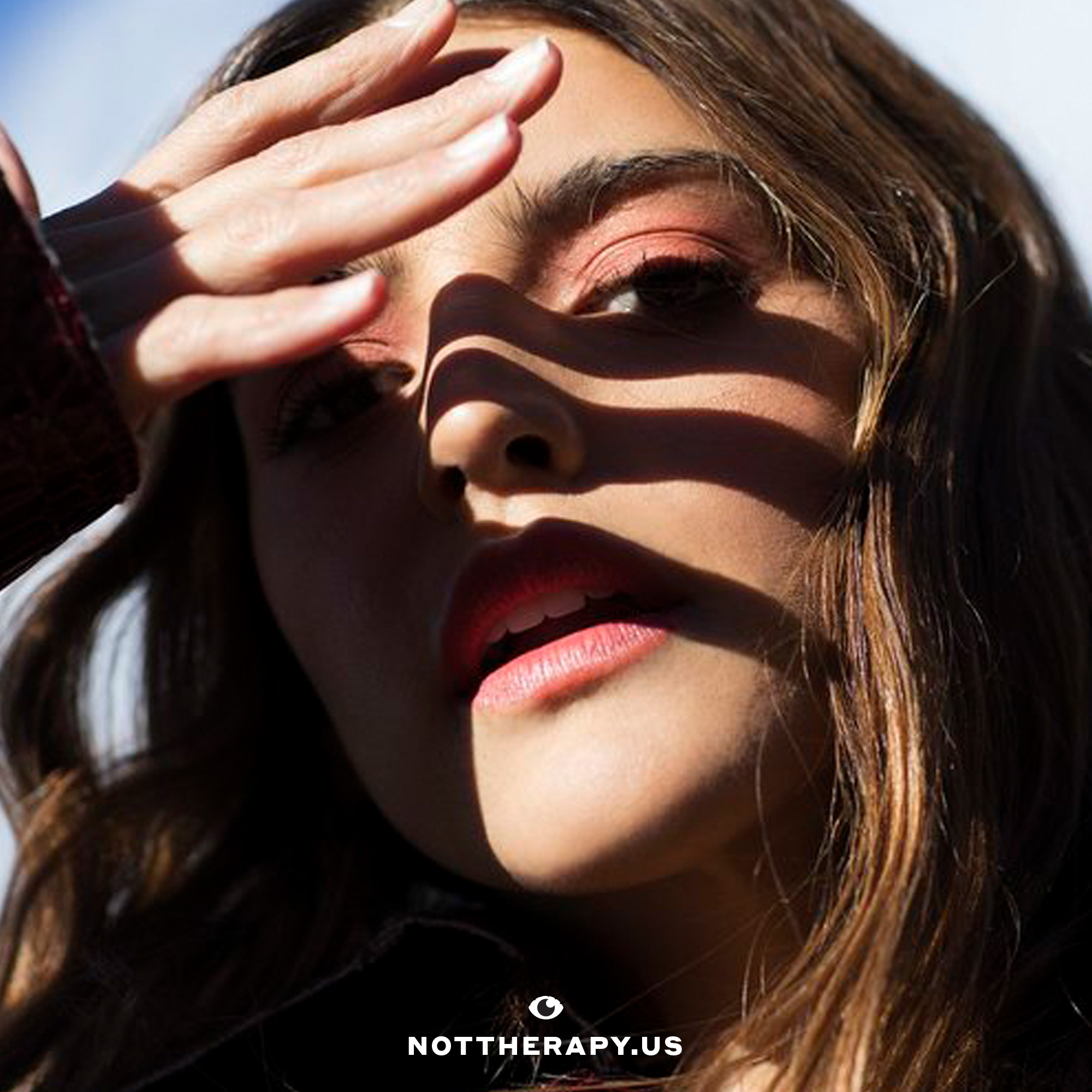 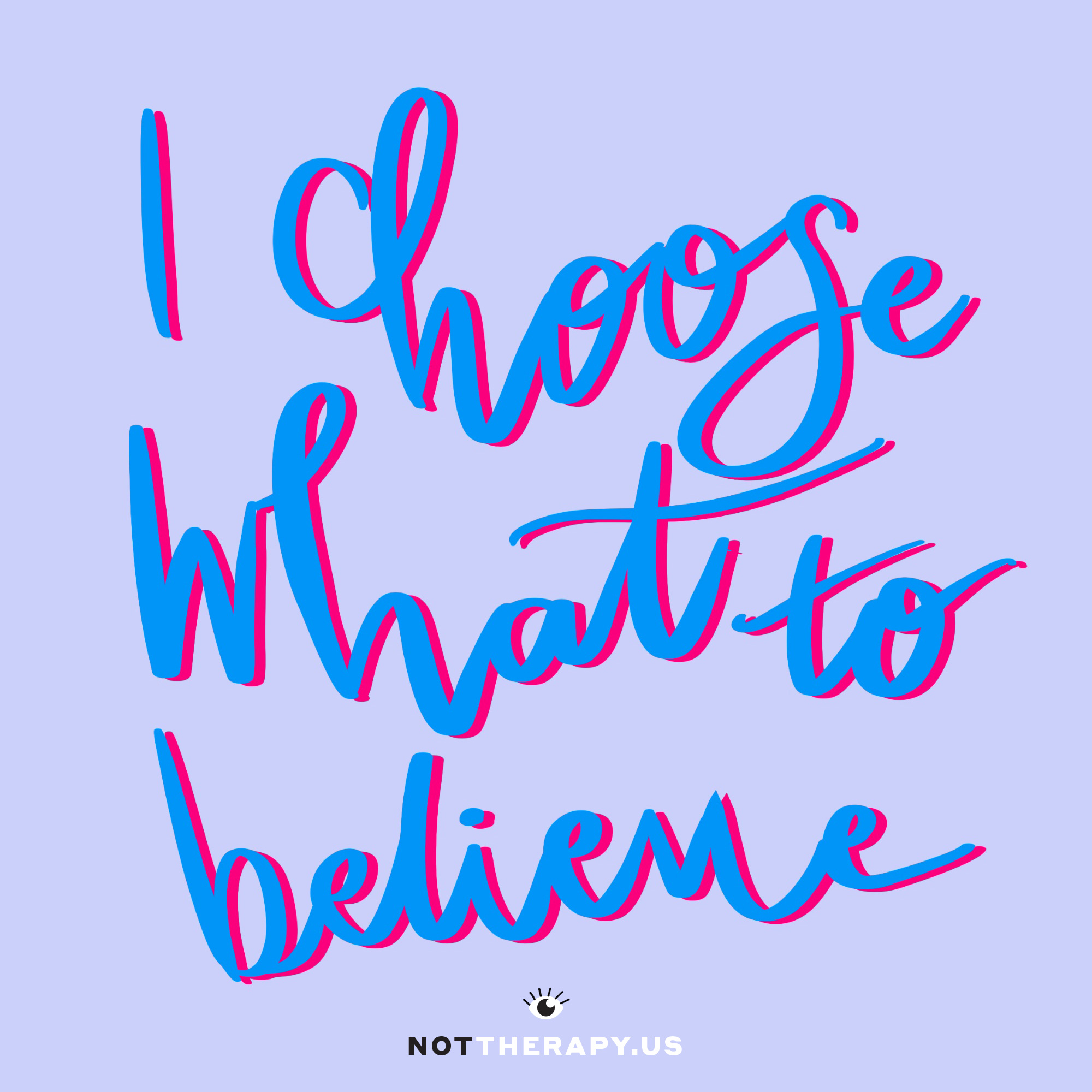 To feel differently, you’ve got to think differently. I know, I’ve said that before. I’m saying it here because some of you report feeling all the feels and yet you’re not thinking much of anything. I get it.

Sometimes your mind seems totally blank, but you feel anxious, scared and lonely. Nothing to stress about! It’s super-common. Let me explain.

Some of the negative thoughts have been plaguing you for so long that they’ve become ingrained AF—to the point that you don’t even know they’re there. I call those thoughts the stickler thoughts. For the sticklers, trying harder won’t do the trick. You have to dive deeper into CBT skill-sets.

Sometimes those negative thoughts that have been reinforced by social norms for your entire life are hard to change. These bad boys are the sticklers and they’re likely fueled by a faulty core belief system.

Here’s how that works—we each have core beliefs about ourselves, other people, our lives, in general, and the future. We learn our core beliefs from our environment; social media, society, your parents, teachers, the lady at the grocery store and the guy you see everyday at the coffee shop. Your environment is everything that’s not you in your world. When these beliefs are limiting, they seriously impact your thoughts, feelings and behaviors.

For example, If you have a deeply embedded belief that the world is not safe, even with some work on the anxious thought, “If my friends ditch me, I’m screwed,” it’ll only be seconds until another anxious thought pops up in its place. The good news is that beliefs are assumptions, not facts. Even more, they’re learned. Anything that’s learned can be unlearned.

To begin chipping away at those stickler thought patterns, we’ve gotta get down to core beliefs.

Start by getting familiar with yours. Finish these statements with as many words as you can muster.

Take note of those that fuel your positive thoughts and replace the faulty ones that bolster your negative thought voice with truth—you are here for a reason; people are all different and some you gel with, some you don’t; life is good and if it’s not good now, hang in there, it will get better; the future is what you make of it.

You decide every day what to believe. Choose wisely. 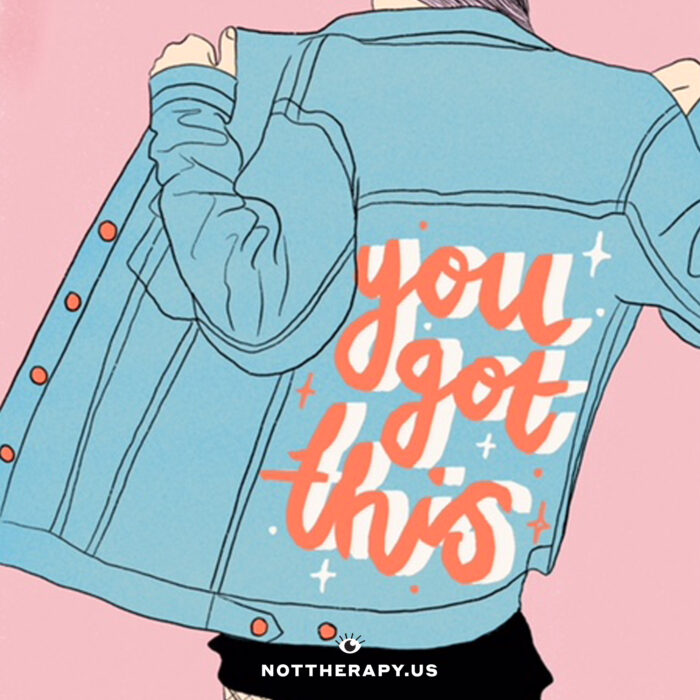 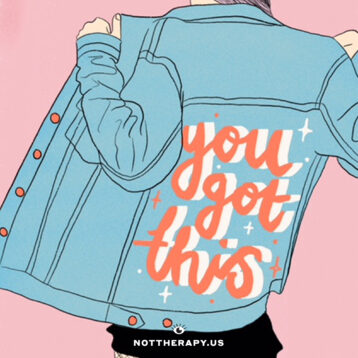 #DoThisThing: Lean in to Forgiveness

Here’s how to let go and move on. 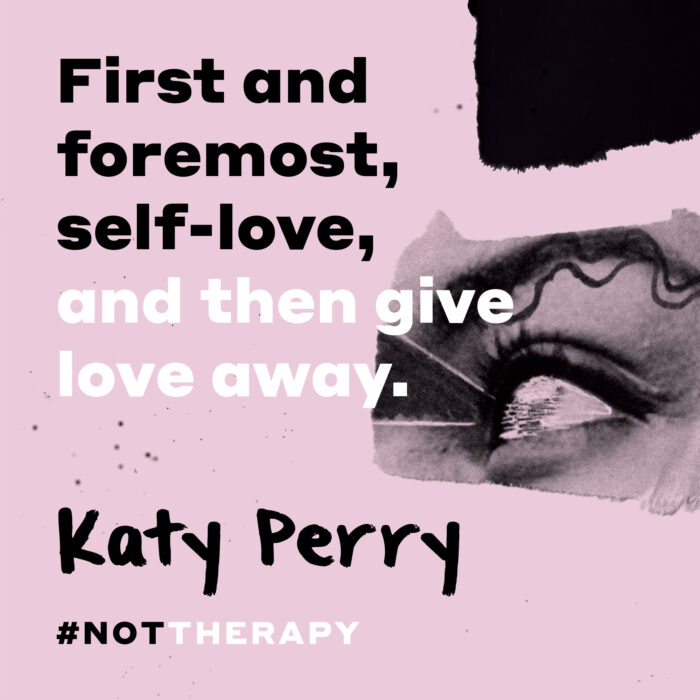 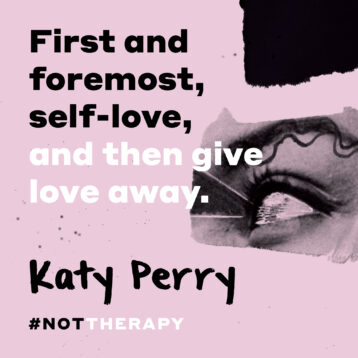 QOTD: Love is an Action Word 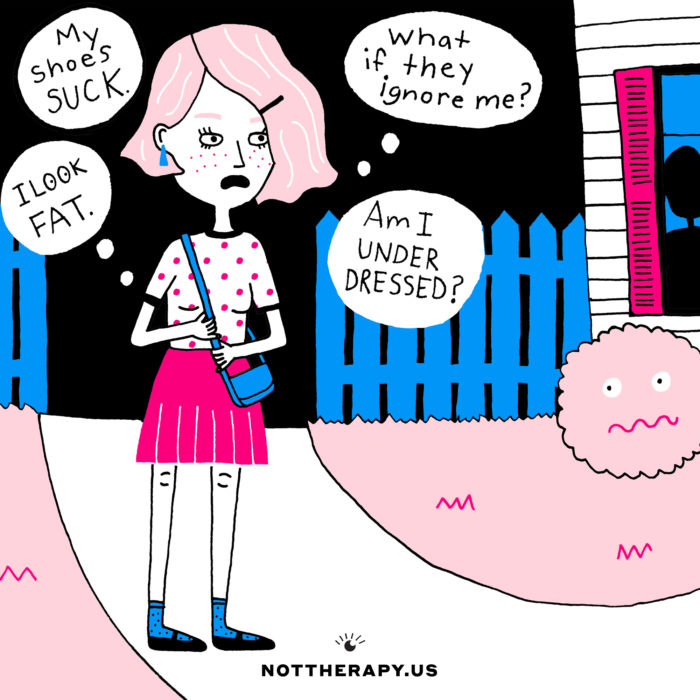 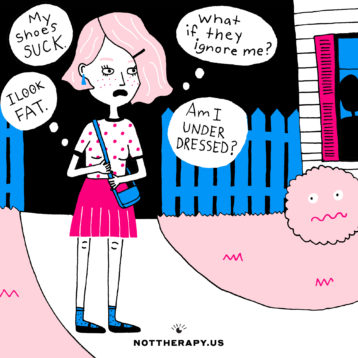 SAD: I’m Not Shy, I’m Freaking the Eff Out